The History of Parade House

A timeline of Parade House

The History of Parade House is quite diverse, fascinating and interesting in equal measure. The house known as Parade House consisted in the seventeenth century of two tenements, one being a public house called the Harp. In 1777 the Harp was sold by Elizabeth Osborne, widow to Henry Parry of Monmouth, who erected the present house.

In 1847 Captain Powell sold it to James Silvanus Fortunatus Brown Bromage, whose daughter married Mr. Bickerton Homer Deakin, the town clerk of Monmouth. In April 1917, Lady Llangahook officially opened Parade House as the Red Cross Hospital. It was divided into wards named after the areas that had provided money for its conversion; Hilston, Drybridge, Castle and Croft Bwla. There was always a problem providing food for the inmates of the hospital and Mrs. Williams Commandant, V.A.D. Monmouth, wrote to all farmers asking them to supply one hundredweight of potatoes to the hospital. 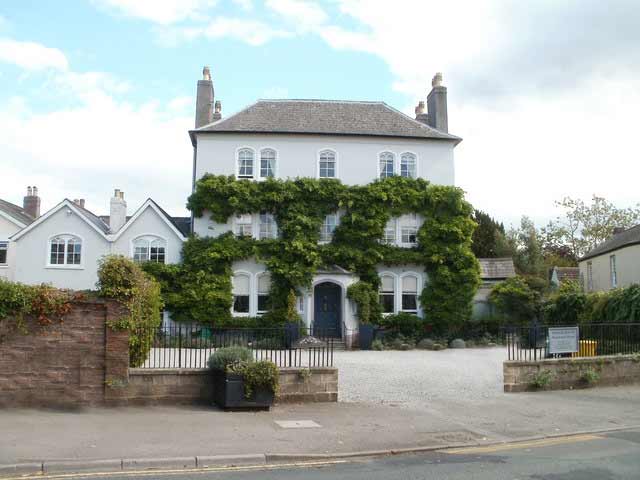 In August 1920, the War Office in London presented a certificate of thanks as a permanent record for the part that the house had played. Monmouth Red Cross Hospital (as the building was know) had been pivotal in caring for sick and wounded British troops in the Great War of 1914 – 1918.

The certificate was signed by Sir Winston Churchill and takes pride of place in our hallway today.

Following the war, the house became the property of a Miss G.M. Griffin MCSP. Miss Griffin along with Miss Hayward, both physiotherapists, lived at Parade House and ran a successful practice there. The house then passed onto Mr. Griffin, a hotelier.

It was subsequently sold in 1986 to its present owner Maureen Rayner and her late husband Bill. Maureen and Bill converted it to its present use as a retirement home.

Scroll to top
We use cookies to ensure that we give you the best experience on our website. If you continue to use this site we will assume that you are happy with it.Ok